After a minor shake-up last week, the buying and selling of equities and other risky assets in USD returned to the markets. The S&P500 and Dow Jones 30 futures are cruising near historic highs, having found buyers on the slight dip in the middle of last week.

The dollar index is down to the levels of early March, under 91. The trend lines of the 50- and 200-day moving averages are above the price, confirming the prevailing downtrend. 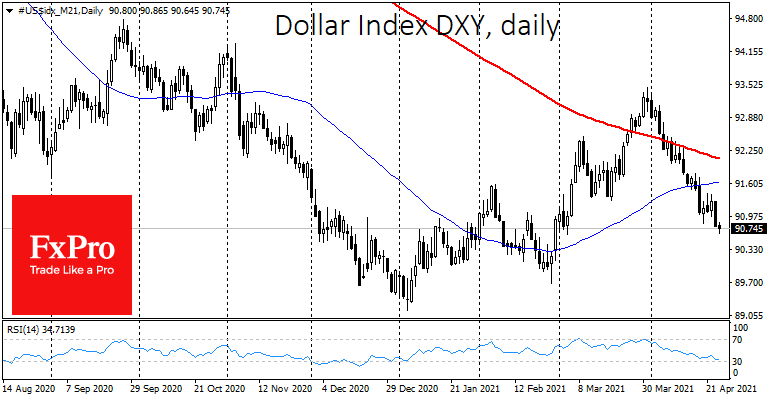 EURUSD surpassed the 1.21 level, confirming the bulls’ victory on the 1.20 threshold. The picture mirrors the dynamics of the dollar index, where the euro has the most weight.

This weakening is likely to be a global trend for the coming years on several factors, from investors’ appetite for risky assets on an economic recovery to the sharper tax hikes in the USA compared to other countries. And it could be a big problem for traders if they get on the wrong side of the trend. 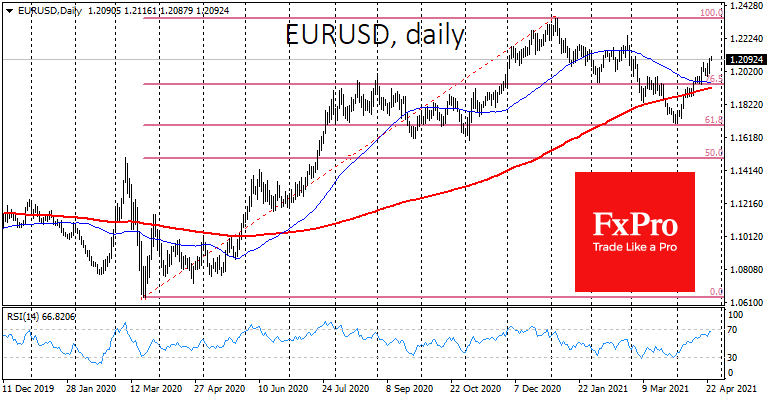 It could very well turn out to be a similar reversal of the Dollar that we saw in 2002. That is, with minor corrections, it could be a weakening trend for years, capable of taking the dollar index under the lows of 2008 when it was down to 70 (it is currently at 90.6).

At the same time, the currency market is not a one-way street. Short-term fluctuations can be pretty substantial and frequent, so the Dollar could end up beating the competition this week.

The last week of the month is characterised by an increased pull into the Dollar. On top of that, the DXY is approaching the oversold area of the RSI on the daily charts after an almost unstoppable decline this month. Proft taking and rebalancing this move promises to support the Dollar in the short term. 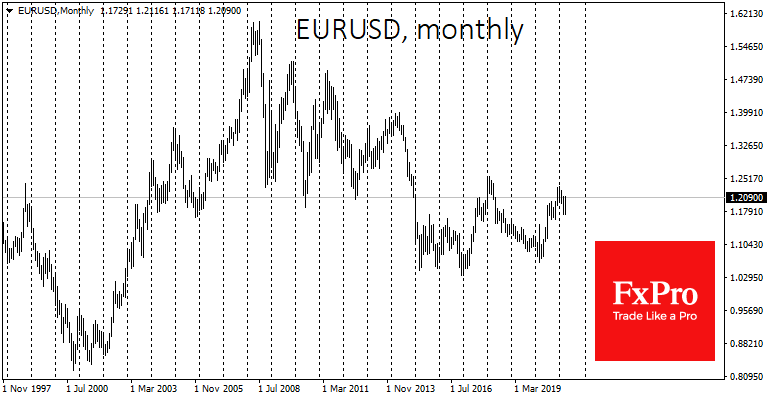 Amongst the fundamentals, potential volatility risks due to Wednesday’s Fed meeting are worth noting. Potentially, the FOMC comments could not only break trends but also reverse technical signals. However, this rarely happens as Powell, like most central bank governors, prefers to minimise market surprises by signalling in advance about possible changes.

Thus, near the end of this week, the USD has potential for strengthening due to seasonal and technical factors, as well as some nervousness in the markets ahead of the FOMC. However, a small shake-up has little chance of breaking the trend of a weaker dollar, which will be a year old in May.

Nvidia Preparing to Walk Away from Arm Acquisition Bloomberg News

Governments help the recovery, but who will help them after?

Tokyo shares rise on hopes of easing in U.S.China tensions