Egyptian authorities may seek over $1 billion in damages for helping to clear the Ever Given from the Suez Canal, as a dilemma emerges over who might foot the bill. “We will reach over a billion dollars in compensation,” Osama Rabie, the chairman and managing director of the state-owned Suez Canal Authority, told Egypt’s Sada El Balad channel on Wednesday evening. 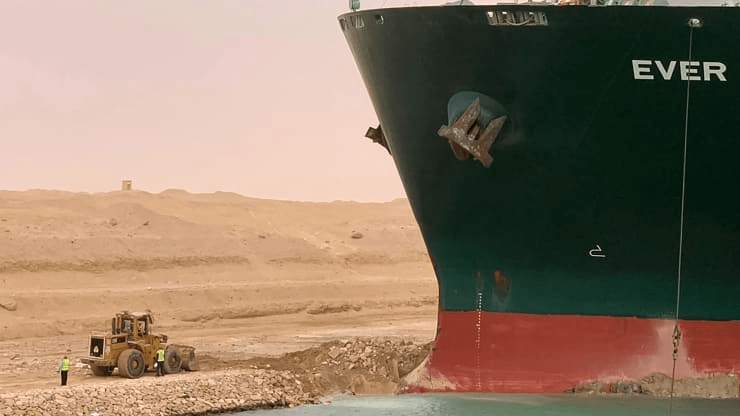 Rabie said the figure is based on canal revenue losses, the cost of equipment and machinery, and the manpower hours for the 800 rescuers who freed the ship. “We will ask for a fair amount,” Rabie said, according to a NBC News translation, without specifying who might be liable to pay. “We saved them so much by rescuing the ship without any major damage or losses,” he added. “The whole ship could’ve been lost.”

The 200,000 ton mega-container carrier was successfully refloated on Monday, six days after coming stuck sideways in the Suez Canal. The incident sparked a crisis in international shipping, held up $9 billion in global trade a day and left 422 vessels carrying everything from crude oil to cattle waiting to pass. Authorities said the backlog would be cleared by Saturday, but the maritime traffic jam could have long lasting repercussions on ports and supply chains worldwide.