TOKYO (Reuters) – The U.S. dollar edged down in Asian trade on Monday as investors looked to looming economic data from around the world and U.S. corporate earnings to gauge whether the markets’ guarded optimism on the economic outlook is justified. 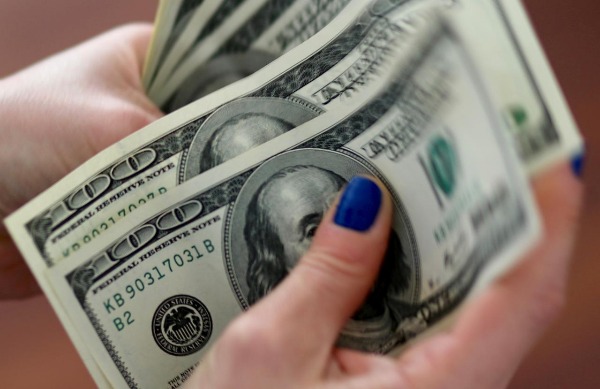 The greenback had ended its third week of losses on Friday as investors bought into risk-sensitive currencies on bets that the worst of the pandemic’s sweeping impact was over.

The dollar index against a basket of major currencies slipped 0.2% in early Monday trade to 96.452 =USD.

U.S. coronavirus cases surged over the weekend, as Florida reported an increase of more than 15,000 new cases in 24 hours, a record for any state, surpassing a peak hit in New York in April. [nL2N2EJ04T]

“Rising coronavirus cases are not positive but at the moment, markets seem to think that there is still some distance to a situation where an overflow of the medical system will force them to put restrictions on the economy,” said Yukio Ishizuki, senior currency strategist at Daiwa Securities.

Hopes for development of drugs and vaccines for the disease are also supporting risk sentiment as do economic indicators that have so far shown a recovery from lockdowns.

“We’ve seen a rapid rebound after a rapid decline in various economic data. But looking ahead, the improvement could slow or we could even seen a deterioration given the second round of infections,” said Masafumi Yamamoto, chief currency strategist at Mizuho Securities.

A weekly gauge of consumer confidence in Australia has dropped after a spike in infections in Melbourne and that could be echoed in the United States, where the magnitude of the outbreak is much larger, he noted.

U.S. consumer inflation figures for June are due on Tuesday while retail sales, a key gauge of consumption, are released on Thursday.

The U.S. corporate earning season will start this week, providing another window to assess the scale of the damage as well as the recovery, from the pandemic.

“I expect stock markets to remain firm and the dollar to slightly weaken, but everybody is getting nervous about a possible correction,” said Kazushige Kaida, head of FX Sales at State Street Bank and Trust’s Tokyo Branch.

Looming large for the common currency was a planned EU summit on July 17-18, where leaders need to bridge gaps on long-term budget and economic stimulus plans.

Investors also looked to China, where economic recovery is gaining momentum as the outbreak has largely been contained.

China will release its June trade data on Tuesday and a batch of other data, including second quarter GDP, on Thursday.

Oil, CAD up as OPEC Compromises; USD Sinks on Riskon