LONDON (Reuters) – The dollar was set for a small weekly gain on Friday and the Australian dollar for a more than 1% weekly drop as the threat of a second wave of coronavirus infections rattled investors. 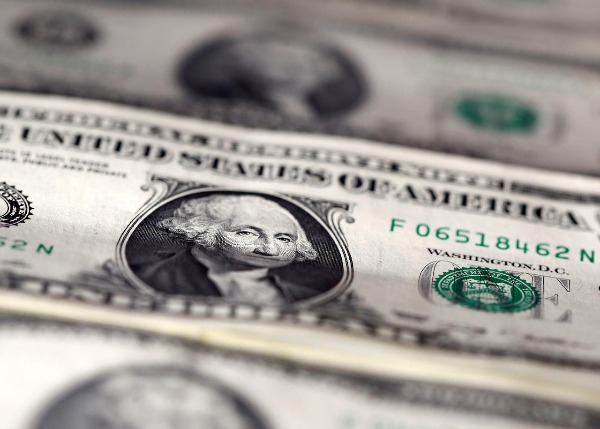 New infections were recorded in other countries which have eased restrictions, denting earlier investor optimism that economies could get back to close to normal soon.

As hopes faded for a quick global recovery from the pandemic, traders unloaded the trade-sensitive Aussie and moved into safer assets such as the dollar.

“The risk is clear that the opening of economies takes longer to materialise vs what markets are discounting,” said Carl Hammer, head of macro and FICC research at SEB.

The euro was last neutral versus the dollar at $1.0799. The common currency held its ground after German economic output contracted by 2.2% in the first quarter, as market participants were expecting.

Germany slid into recession after suffering its steepest quarterly contraction since the 2009 financial crisis as shops and factories were shut down in mid-March, preliminary data showed on Friday.

Moreover, the euro zone economy experienced its deepest contraction on record in the first three months of the year against the previous quarter.

Kit Juckes, macro strategist at Societe Generale, said that euro/dollar “is too weak already to fall fast”. The common currency had fallen to $1.0636 in March during the coronavirus- induced market rout and was now trading not far from that level.

U.S. President Donald Trump signalled a further deterioration of his relationship with China over the coronavirus outbreak, saying he had no interest in speaking to President Xi Jinping right now and going so far as to suggest he could even cut ties with the world’s second-largest economy.

The antipodean pair, like other majors, have struggled for traction in May as investors and authorities weigh optimism about easing containment measures against the risk of more infections and the sheer scale of economic damage already done.

The yen was up 0.2% at 106.99 per dollar, but has been grinding lower this week as U.S. Federal Reserve officials talked down the prospect of negative rates, also buoying the dollar.

Elsewhere, the British pound remained under pressure, falling 0.6% to $1.2155, its lowest since March 27, after the European Union’s Brexit negotiator Michel Barnier said on Friday that the third round of talks with Britain on a new partnership was “disappointing”.

The Norwegian crown fell 1% to 11.0760 against the euro after Norway said will likely maintain current travel restrictions to and from the Nordic country until Aug. 20.

Norway’s Finance Minister Jan Tore Sanner said on Friday that Norway’s current level of public spending to shield the economy from COVID-19 was not sustainable over time.

Turkeys Lira Steady in Holiday Lull ahead of C.Bank Meeting